I’ve been a bit obsessed with cookies after visiting the iconic Levain Bakery in New York City. If you haven’t yet visited, they make the most wonderful cookies which are slightly crisp on the outside and melty and gooey on the inside. They’re glorious American-sized desserts, rather than an eat-on-the-go snack, but I’m not complaining! 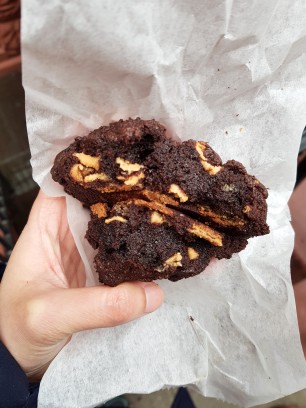 Back at home, I’ve been trying to recreate smaller versions of their famous chocolate chip and walnut cookie, which have turned out deliciously (with thanks to Ottolenghi and Helen Goh’s recipe from Sweet). But from the title of this post, you can tell I’ve strayed and started to experiment with other flavours!

I love the combination of matcha and white chocolate, so this was a no brainer – I hope you enjoy these cookies as much as I do! It’s important not to overbake these cookies as they’ll end up too crisp all the way through (unless you like your cookies that way!). You might have to make a test batch as different ovens may need a slightly shorter/longer bake time. You can easily double the recipe to freeze more of the cookie dough and bake at a later date. 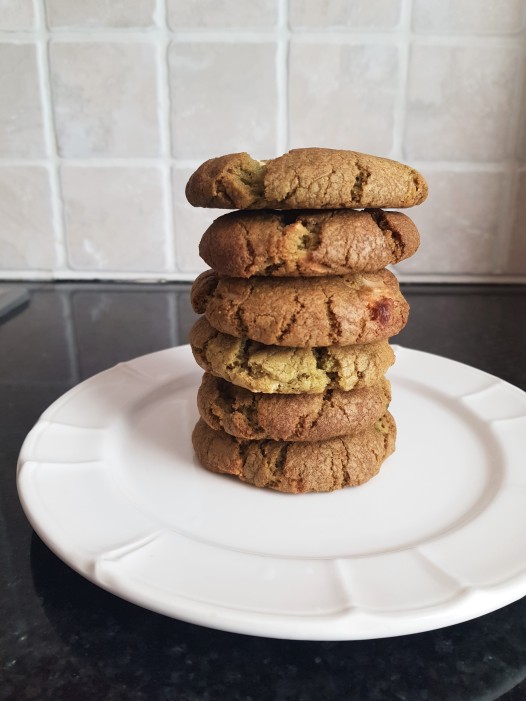 I felt like I just won the jackpot when Remeo messaged me to say that I’d won five jars of their gelato in flavours of my choosing! While I’ve seen their gelato sold in shops (found in Waitrose, Ocado, Whole Foods) before, I’ve never tried them so this was a great chance to try out their flavours. They also have sorbets (mango and lemon) which I’m definitely going to try at some point in the future.

I was impressed with the quality of the packaging and the fact that you can reuse the jars! Hope Remeo won’t mind when I end up storing my homemade ice cream in them 😜 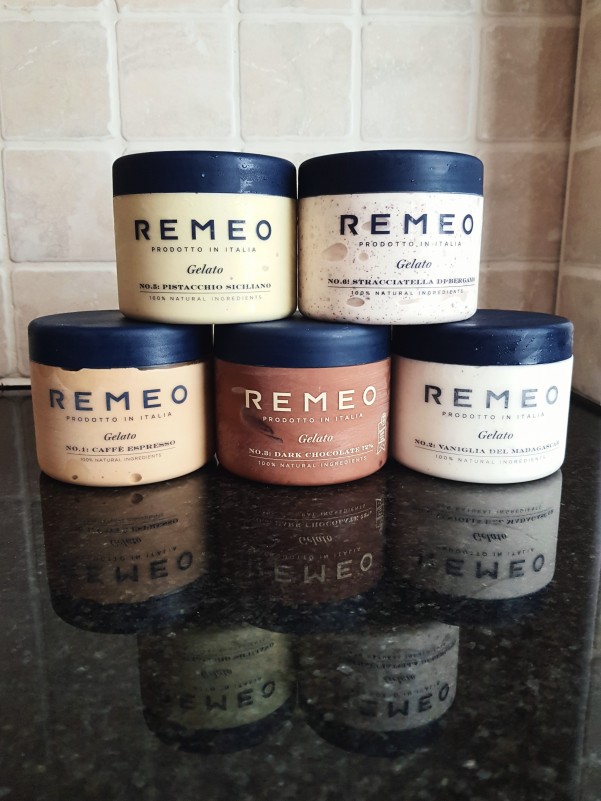 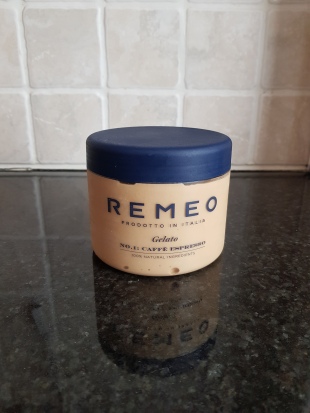 Although I don’t drink coffee that much, I love the smell of freshly ground coffee beans and that same earthy aroma greeted me when I opened this jar of gelato.

I really liked the lovely balanced coffee flavour of this gelato, which apparently is made with 26% liquid espresso – it wasn’t too sweet and had just the right amount of bitterness.

The gelato itself was very smooth, although I slightly struggled to scoop it (even after leaving it outside the freezer for a couple of minutes).

This gelato had a very light vanilla flavour, tasting more like milk than vanilla, and was a bit too sweet for my liking. I personally prefer a creamier ice cream with a stronger vanilla flavour, but Remeo’s version is still delicious served with fresh summer berries! 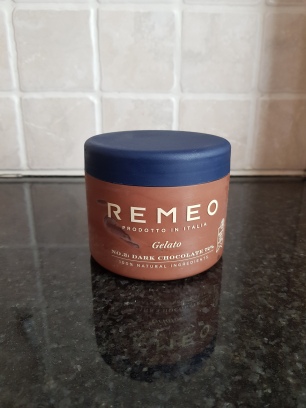 Chocolate desserts are my absolute favourite and this dark chocolate gelato didn’t disappoint 😃 Made with 72% dark chocolate, the gelato tasted incredibly velvety and rich.

Dark chocolate can be tricky to work with in ice creams and sorbets as sometimes end up leaving a slightly gritty texture or acidic aftertaste, but there were none of these issues in Remeo’s gelato! 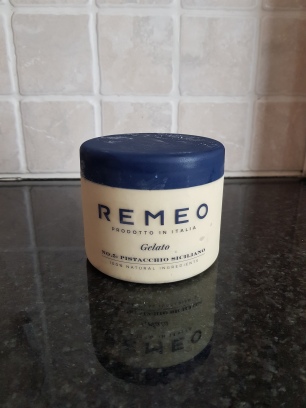 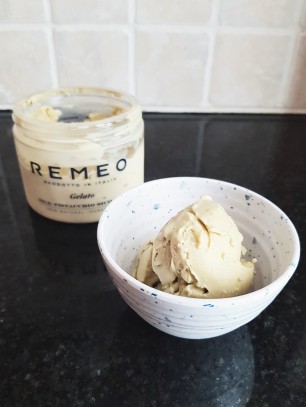 Another wonderfully smooth gelato with a delicate and nutty flavour. I’ve tried making pistachio in the past and it’s tough to get the balance of the nuttiness and creaminess right – like their vanilla gelato, Remeo keeps the flavours quite subtle but I think it works nicely for this pistachio gelato.

This beautiful gelato had a subtle and balanced milk flavour which wasn’t too overpowering. I loved the generous amount of chocolate shavings which wasn’t too sweet nor too bitter. The chocolate shards added a really satisfying crunchy texture to an otherwise very smooth and creamy gelato.

The gelato melted quite quickly, but this wasn’t a major issue as we scoffed down our scoops even faster! This was our favourite flavour and the first jar to be finished – would highly recommend this flavour to all gelato-lovers 😋

Many thanks again to Remeo for supplying me with these delicious treats at the peak of the British heatwave. Really authentic Italian gelato (and as good as the scoops I’ve had in Rome, Florence and Venice), so I definitely recommend trying some of their flavours!

One of my favourite desserts growing up was the lava cake. It always fascinated me how one dessert could be solid on the outside but warm and gooey on the inside 😍 Having only eaten this dessert at restaurants or bought from shops, I just assumed that it would be too hard to make… until I actually searches up the recipe!

The recipe for this cake is actually really simple – the important part is getting the timing right when the pud is in the oven. 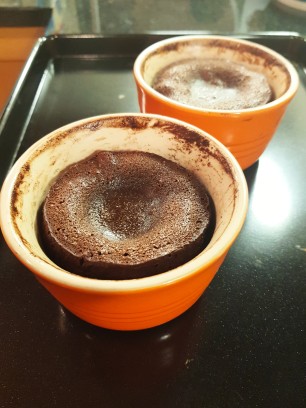 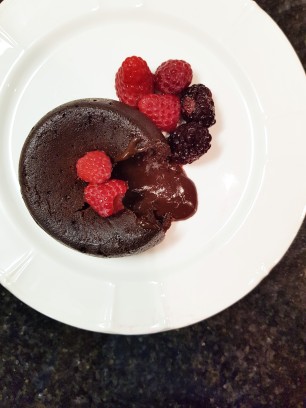 It may take a few goes to get the cake just right, as ovens will always vary slightly. But let me tell you it is so satisfying when you do get it perfect and the rich chocolate flows out.

I’m planning to try some other flavour combinations for this classic lava cake – matcha & white chocolate, or salted caramel? Let me know your suggestions in the comments!

Happy February! It’s been extra cold, wet and windy this past weekend in London and this recipe was the perfect remedy! I love banana bread in its original form (is it called a bread to hide the fact that it is a deliciously buttery and perhaps not-so-healthy cake?) but adding chocolate makes this bake absolutely divine.

If we’re being honest, this is just a chocolate cake that’s super rich and kept moist and sweetened by the bananas. Again, like most loaf cakes, this is a simple recipe that gives an incredible result. 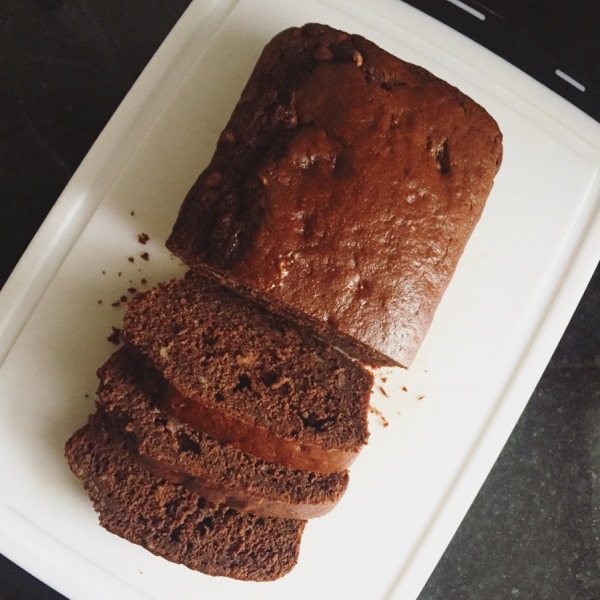 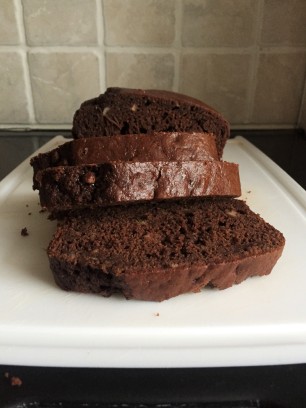 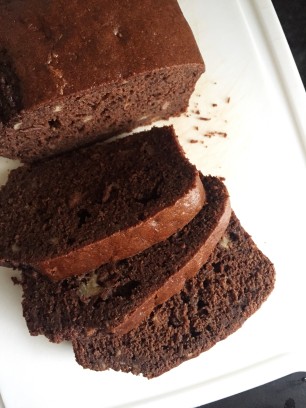 Prepare yourselves. This post isn’t for the faint-hearted or the health-conscious. But, this is perfect if:

This is perhaps the best brownie recipe I’ve ever tried. It does take some effort to make, but the recipe is still pretty straightforward and I promise you that the results are completely worth it.

The original recipe is from BBC Good Food’s website (click here) and it is a true godsend – my recipe below has adapted this slightly.

Oh my god these are incredible.

I made these brownies a week ago and they have been completely demolished. Whether you’re baking for family and friends, or just for yourself, I highly recommend this recipe! Finally, a brownie dessert isn’t complete with a cold scoop of ice cream to top it off – I paired it with my gianduja hazelnut ice cream and it was spectacular. 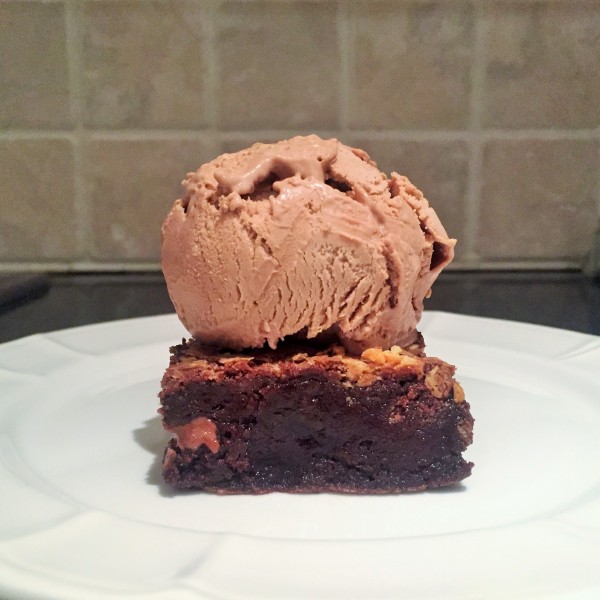 The combination of hazelnuts and milk chocolate is absolutely divine – so I was excited to find the recipe for gianduja gelato in David Lebovitz’s ice cream bible, The Perfect Scoop. Gianduja is an Italian chocolate that was created in the Piedmont region when cocoa was in short supply, so hazelnuts were added to the chocolate to give it more substance! Gianduja should be incredibly smooth, like a praline but using hazelnuts instead of almonds.

I know what you’re thinking – isn’t this basically Nutella? In fact, Nutella started off as a gianduja paste, which was then developed into the spread which has become so popular today (click here for an interesting blog post on the full history). While it’d be much easier to use a jar of the moreish chocolate-hazelnut spread to make my recipe, I didn’t want to risk my ice cream becoming too sweet, and I like a bit of a challenge! Apparently the best gianduja will contain up to 50% hazelnut, so I made sure to be generous with the nuts and to try to extract as much flavour from them as possible.

This is a seriously tasty ice cream with a fantastic balance of flavours between the hazelnuts and the milk chocolate – neither ingredient overpowering the other. It does take more effort to make but I promise you it’s worth it!